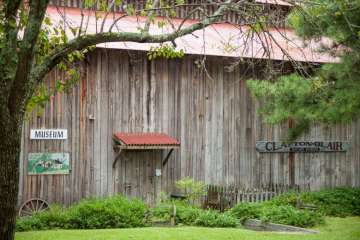 Aberdeen is a quaint railroad town located in the southern part of Moore County. Many of its original homes, constructed in the late 19th and 20th centuries have been preserved and refurbished. The historic district is peppered with gift shops, antique stores, salons, art exhibits, unique pottery, cafes and even its own brewery. The area was first settled in the 1700’s by Scottish emigrants and was known as Bethesda and Blue’s Crossing before it adopted the name “Aberdeen” in the later part of the 19th century.